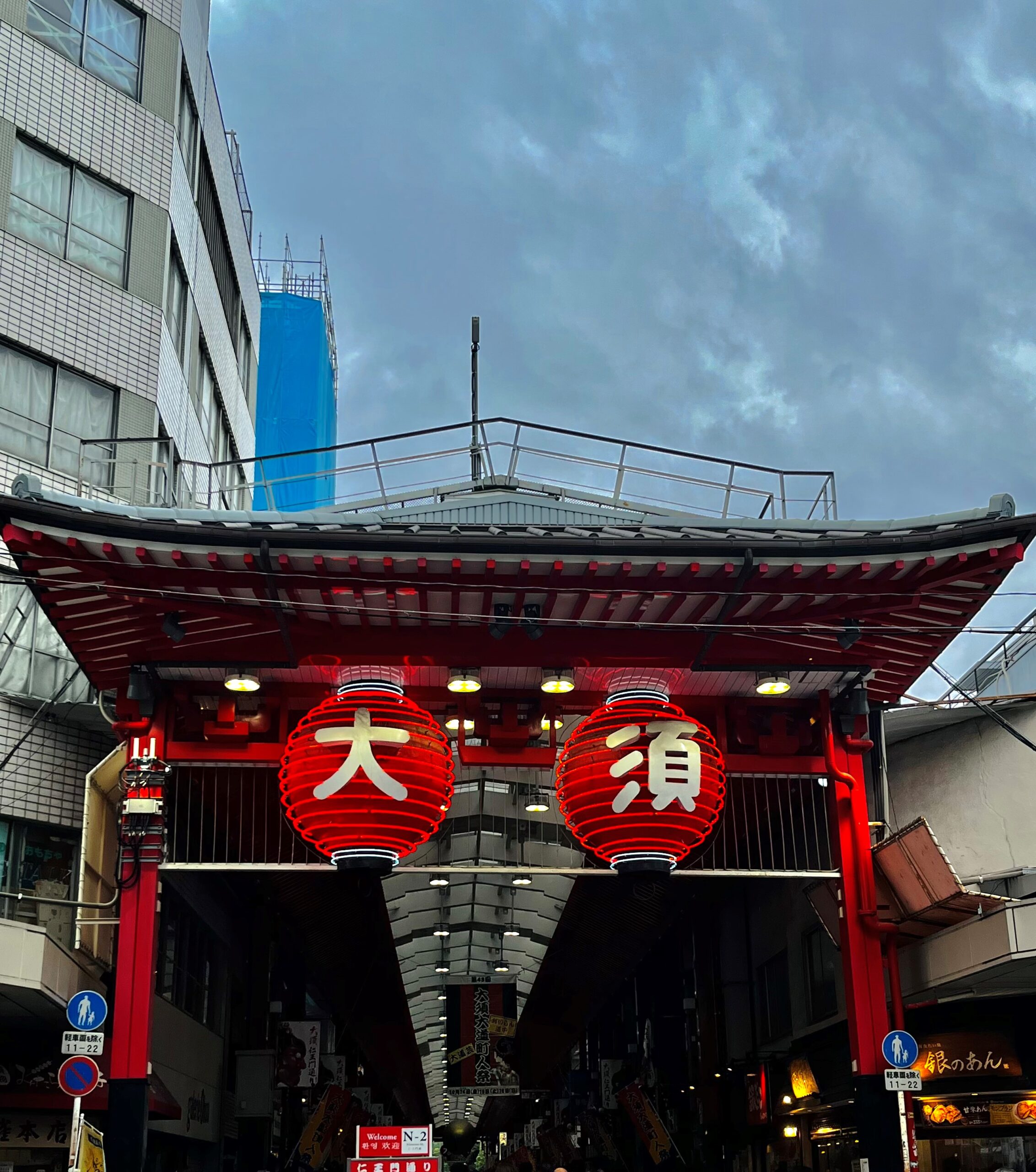 – The temple Kitanosan Shinpuku-ji Hosho-in, also as Osu Kannon is one of Nagoya City’s leading landmarks.

– It belongs to the Owari thirty-three Kannon.

– Is a Buddhist Temple of the Shingon sect

It was originally built in Hashima-City （Gifu Prefecture）as a Buddhist temple associated with the Shinto shrine Kitano Temmangu.  in 1333 by order of Emperor Godaigo as  1612, due to repeated heavy flooding, it has been moved to its present site on the orders of the shogun Tokugawa Ieyasu.

In 1892 the Temple was destroyed by fire as well as during the World War II.

The current Temple dates back 1970.

The main object of worship in the temple is a wooden statue of Kannon, the goddess of mercy and gentleness, carved by the monk Kōbō- Daishi.

Here there are more than 15,000 classical Japanese texts including the oldest copy of the Kojiki “Chronicle of old things”, the first book about Japanese mythology.

The Osu Shopping Arcade started flourishing since the Edo Period and here you can feel a particular vintage atmosphere!

This is a very huge popular shopping area containing over 1,200 shops, international restaurants, second-hand cloth shops etc. You can enjoy your best Otaku Life as this is a subculture place for anime, games, maid café! Moreover, Osu is the birthplace of the “World Cosplay Summit” that is held every summer in August! This is one of the most important cosplay events in the world involving 39 Countries and the major highlights are the colorful and amazing Osu and Sakae (Oasis 21) Cosplay parades.

This open area is called “Maneki-neko Plaza” and it is a popular meet-up spot. Here you can enjoy also musical performances!

In the center there is a 2,2m-tall statue of a Maneki-Neko (Backoming cat) inviting luck while holding a Japanese old coin in which there is written the word “福” (fuku, luck).   It is said that this cat is a female as it is raising up its left paw.

Osu Kannon and our “Japan Folk Festival 2022: A journey through the Edo Period in Nagoya”

On 15th Oct 2022 we held at Hisaya-Odori Park (Keyaki Hiroba) our so-called event “Japan Folk Festival 2022: A journey through the Edo Period in Nagoya”.

Finally the clouds open as if they were stage curtains and reveal what there is above them. Once the blue butterfly started its journey, we could enjoy Osu Kannon Temple during the Edo Period through “Kyogen Emaki” housed in the Nagoya City Museum.

On the screen, the famous “Hommachi-street” (ENKOAN) connecting Nagoya Castle to Atsuta. During the Edo period, pilgrimage tours to the Ise Jingu Shrine were very popular and “Enkoan” depicts the bustling Honmachi Street at that time representing the enthusiasm of the people when visiting Ise.

It has been built many times because of fire and during the war. Moreover, it has been resized to the surrounding buildings.

It appears also in “Kyogen Emaki” and here was displayed the famous “Lion basket work” from “Enkouan Collection”.