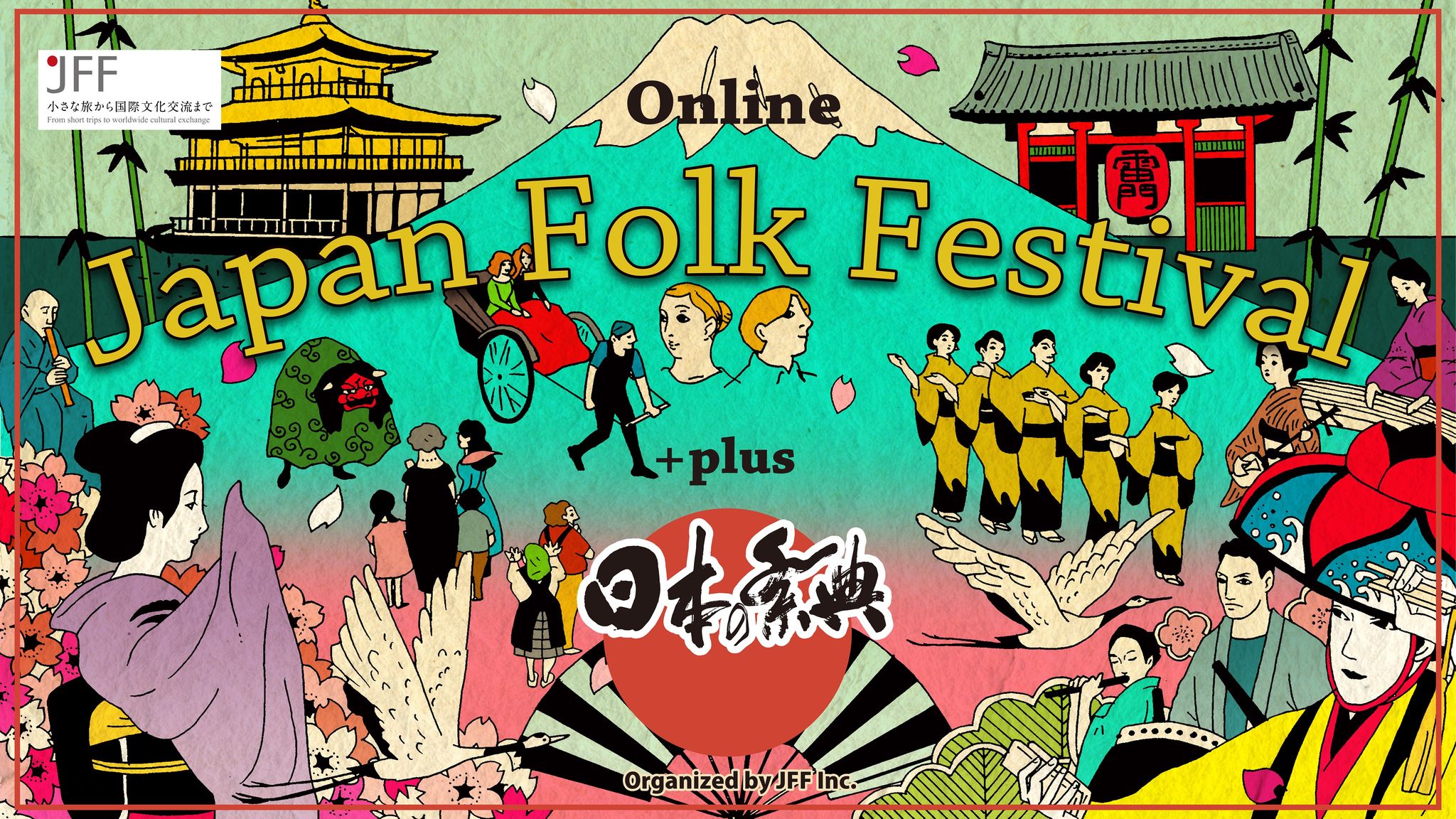 In the channel of “Online Japan Folk Festival plus “, we are pleased to introduce you the precious traditional performing arts and music of Japan and the attraction of various local districts and people, that are the birthplace and roots of them.

The Japan Folk Festival started in 1995, and various performing groups appeared on the stage from Tohoku, the northern Japan to Okinawa, the southernmost part of Japan.  Each of them represents the performing culture and arts of the local districts and have different characteristics.